I recently found myself in St Helens (not in that sense) and with a rumbling tummy, it felt like there was only one place to divert myself towards.

Burchall’s produce one of the best pork pies in the North West, if not the country (they came joint top in Life of Pies, sharing the spoils with Hopkins of Birkenshaw and Percy’s of Barnsley) Not only that, it is a local institution, so I felt obliged to check that it was still alive and thriving, several years after my first visit.

I turned up just after 1.30pm, with Saturday being an early closing at 2pm but I was delighted to see the proprietor, John Burchall, behind the counter and a tray of fresh pies in the window.

There were two people in front of me inside, one lady in front was ordering two pork pies because, in her words “I’m going out for a few scoops to the Mason’s later and I love scoffing these when I get in later”

I order two pies because one is never enough, with the current price being £1.80 and devour one of them immediately in the car. 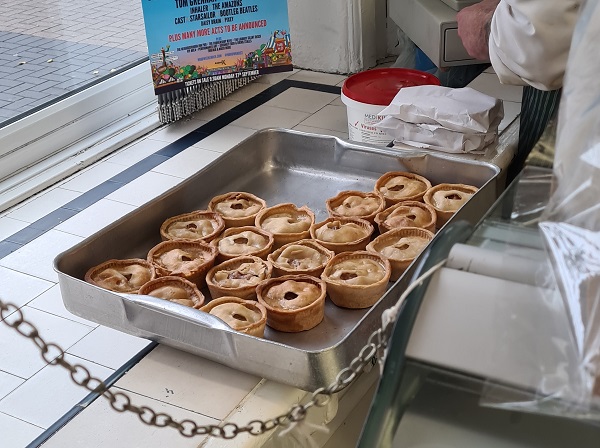 Now, these pies are famously served hot out of the oven and barely have the time to cool down before they are swooped up by their ravenous patrons. However, with this being later in the day, the pie had cooled a bit, so I didn’t suffer the glorious phenomenon of hot molten jelly dribbling down my chin or shirt sleeve. I managed to get the second pie home without eating it, at which point, I popped it in the oven for ten minutes to get the full “cooling from the oven” experience.

The pastry is, of course of the hot water variety: thin but full flavoured and tender, with jelly glistening inside and out. The meat is grey and pinkish but exceptionally soft and juicy to bite into, with a peppery kick to it. The signage on the walls is keen to point out that the meat content is much higher than the accepted pie standard.

It is another one, like the Scotch pie, where you are best served turning the pie on it’s side to eat by hand, as the crust lip is crunchy compared to the soft top crust. This also helps maintain the jelly on the pie, and if any does fall on to the plate* then you can use the edge of the pie to mop it back up.

*And if you don’t have a plate, unlucky! A trip to A&E awaits!

This is just a beautiful pie, made to a recipe that never changes and is loved by locals and occasional visitors alike. This is, in essence, everything I went searching for in Life of Pies and am now looking to follow up with in it’s sequel. 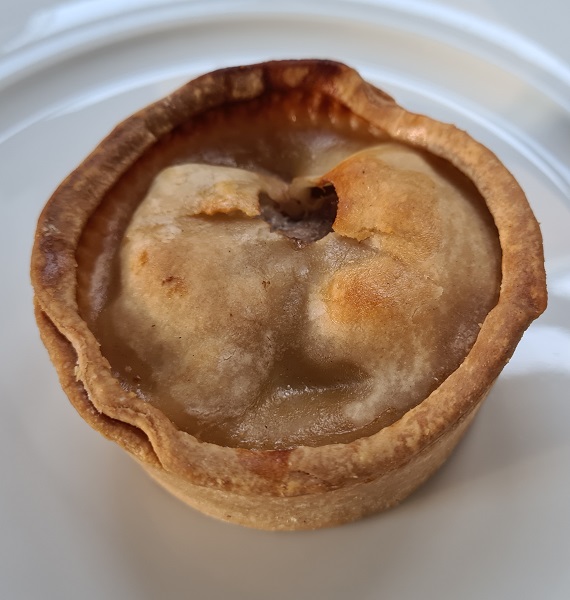 Click here to add a pie review of your own: https://goodpieguide.co.uk/add-pie/
You can buy a copy of Life of Pies here for just £4.99 plus P&P https://www.lifeofpies.co.uk/buy/ 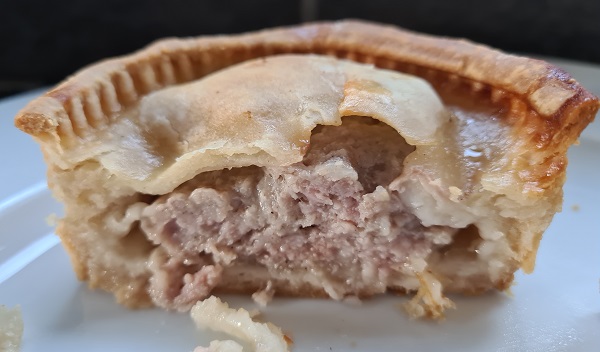