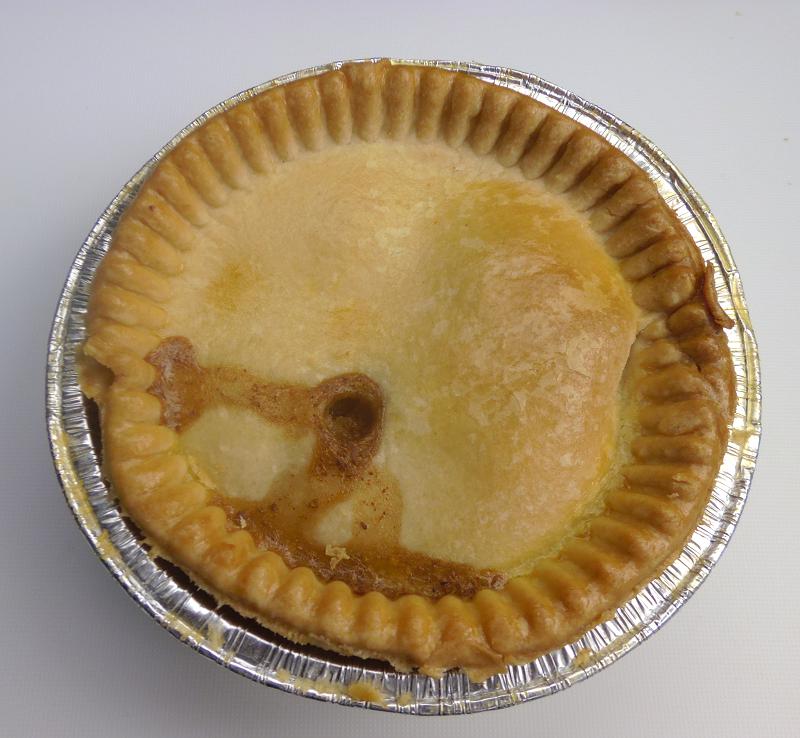 Time for another North West fave, although as with Turners Pies, Bowens Pies now serve the whole country.

I didn’t know much about them, when I started my research in Life of Pies, just that they had supplied the pies for the annual Wigan Pie Eating awards. Little did I know that both then and now, they supply a large number of pubs and shops throughout the Wigan area and beyond.

Although based just outside Wigan, in nearby Adlington, they have built up a wide distribution network across the town, in a classic “coals to Newcastle” stunt. But trust me here, Bowen’s pies are every bit the Wigan pie and I was taken aback by the quality when I first tried them.
Since then, I have used them for numerous functions, including my first book launch and the cover of the draft for my new book, also features a platter of their produce. Magnificent isn’t it?

Anyway, let me take you back and set the scene, way back to my first time in August 2012….

It’s 25 degrees outside and, whereas it might be splendid weather for a jaunt around middle England, there’s no bloody way I’m sitting in a car for four hours with the family in tow.

So I’m checking out Bowens of Adlington. I chanced upon them mainly because I saw a van go past me the other day. I also noticed that they were the suppliers for last year’s World pie eating contest (held in Wigan obviously!)

Their website features gratuitous full frontal minced beef and potato pie photos with no 9pm watershed, and they also do their own steak puddings, another fine Lancashire delicacy. I need to refrain from making any disparaging comments about Adlington or its’ natives however, as my wife teaches there.

A brief canter up Chorley Road, past the infamous Duxbury Park golf course, where I once shot an impressive 120. I took so long to go around, that they’d shut the place by the time I finished and I had to get a taxi home wearing my golf shoes. I wouldn’t mind but I’d cheated on a number of holes too.

It’s heavy going on the roads, due to the sheer volume of middle aged fat blokes, wobbling down the road on flimsy looking bicycles. It’s as if a local lad has just won the Tour de France or something!

Bowens is across the road from Babylon Lane, not on it, hence ruining my attempts to do a poor gag about Babylon Lane being paradise. (Ed’s note: they have also moved premises since)

Nevertheless it’s bright blue sign draws me across the busy road like a tractor beam. A little girl playfully blocks my way and refuses to let me gain ingress to the premises, until a big fella with protruding teeth, presumably her dad, tells her to “gerrout road!!” I blame the teachers myself!! Whoops!

There is a huge, high silver counter, dominating the shop, containing a myriad of products and a handful of staff in aprons, beavering away in white pork pie hats. Service is brisk, just as well as I’m on double yellows.

Loads of choice of pie fillings, although I select my accompaniment from the rack of Lancashire crisps on display which includes Salt and Ellseys vinegar (an old traditional Wigan vinegar company) and Bumble’s favourite, Lancashire sauce flavour crisps. 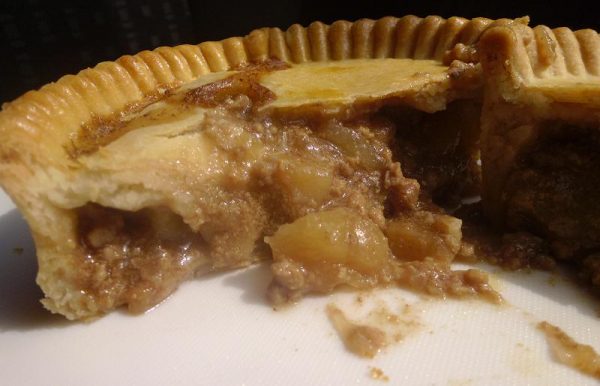 Place: 8 Polite and brisk
Pastry: 8 A sturdy, solid shortcrust
Presentation: 8 Even with the window fully down, it still smells lush in my car and is still piping hot 30 minutes later, when I tuck in
Package: 9 Huge, uncompromising slabs of golden spud concatenated with lots of flowing meat and juices
Palate: 9 Hits the spot from the first bite, with a hint of pepper but natural flavour pouring out too
Price: 8.5 Good price and great value
Portion: 9 Possessing both width and girth, I mean depth

OVERALL: 59.5/70 Exceptional, we are truly spoilt around these parts. At the risk of sounding parochial, whoever’s written that top 10 pies article on the MSN website is talking out of their arse (Editor’s note: This was eight years ago, so I’ve no chance of finding it!) and needs to spend the day around the North West scoffing a few of these beauties. A truly phenomenal pie and the crisps were fantastic too.

The original review took place on Saturday 11th August 2012. Bowens continue to grow and thrive as a great pie business, in fact putting up this blog is making me want to jump in the car and drive to Adlington.

You can buy their pies online HERE or pop into their shops if you are local. Popular flavours include steak, pork, cheese and onion and that old Lancashire favourite, the Butter Pie.

Current pricing (December 2020)
A Bowen’s meat and potato pie is just £2.00 if you pick one up from the shops