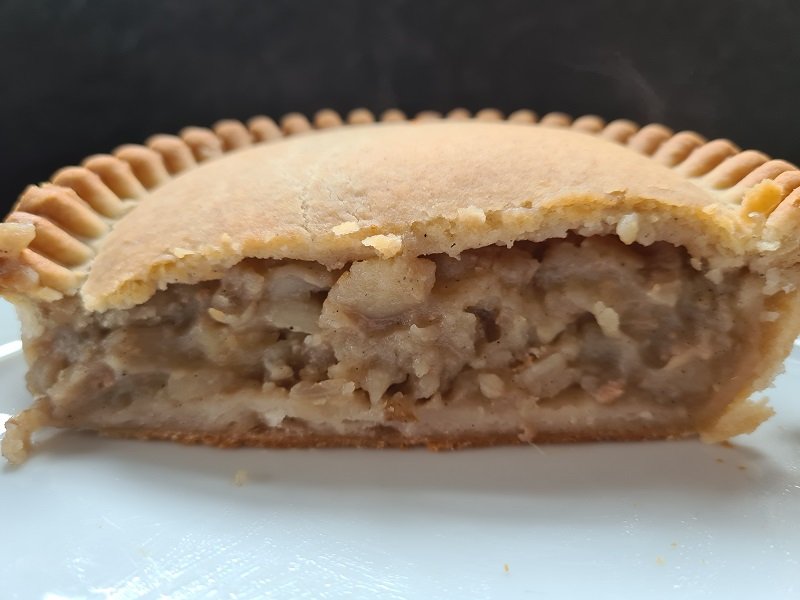 Following my extensive review of Taylor’s Peppery Pie, I also tried a couple of their other top sellers.

The steak and ale will follow soon but I also sampled the large meat and potato pie, which is well padded with a creamy mash filling and sweet flavour. Again, there is lots of pepper present, to add a bit of seasoning, to the melt in the mouth mince and mash filling, although there are also some beautifully fresh chunks of potato in there.

The crust again holds together very well with a crunchy crust and a firm yet soft shortcrust base and sides. It is a little less heavy on the seasoning but still a very filling and tasty snack. Anyway, enough chat this time, simply enjoy the pictures! 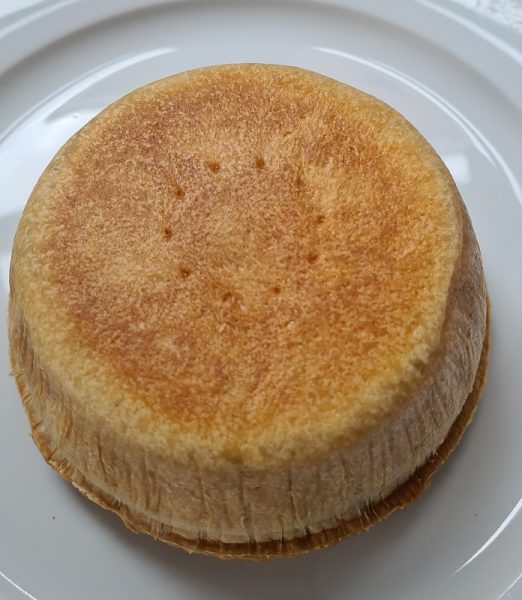 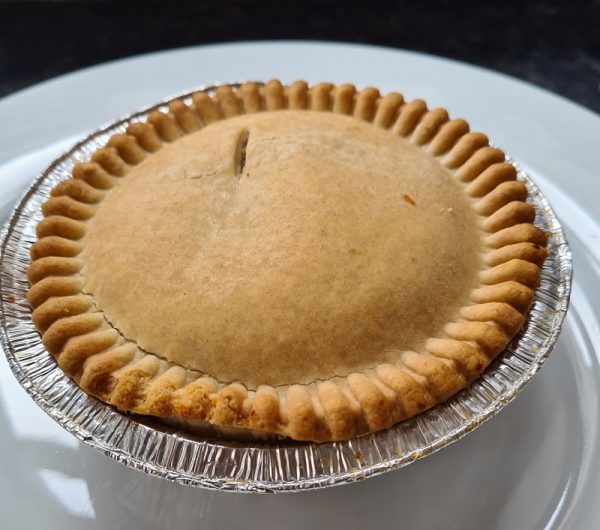 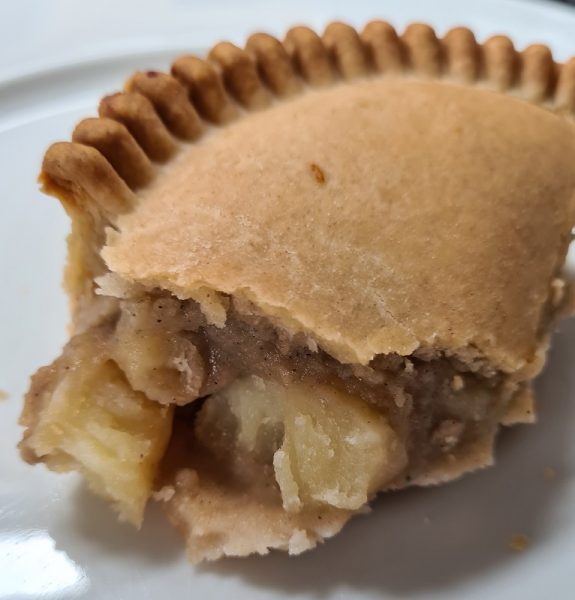 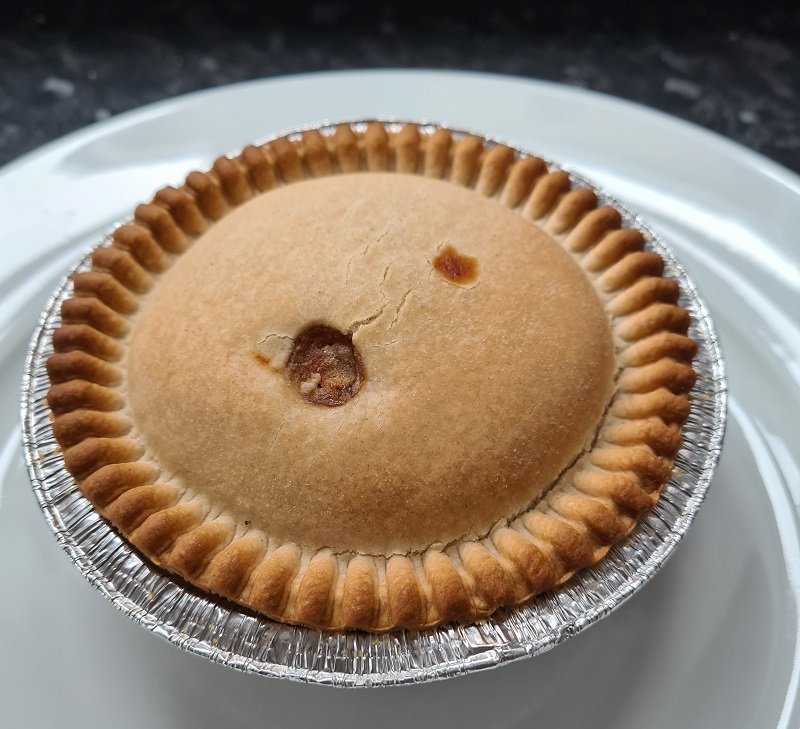 Well, well, we are still in lockdown so my movements are so limited, I can’t even get across to Leigh. However, with a bit of improvisation, it was possible for a few pastry shaped pieces of Leigh to come to me.

Cook & Foragers is a butchers based in Appley Bridge near Wigan who also sell pies. They sell them from the fantastic Bowen Pies (more on them here) but they also stock pies from a bakery called Taylors from Leigh.

I am unsure whether I have sampled these before. I once went on a mission around St Helens’ market and picked up a few pies from a stall called Cottams, and from what I understand, it may well have sold Taylor’s produce. What with me being a greedy get, I pointed at the biggest pie on display and bagged it.

It was only when I opened it up on a layby on the East Lancs, I noticed it appeared to be a touch bereft of a fully encased crust. It was, in fact, a Lancashire hot pot. It was a beautiful hot pot too, large and juicy inside and full flavoured.

But it wasn’t a pie. Time to rectify this matter.

As I hadn’t visited the bakery shop to pick these up due to lockdown, they were handed to me refrigerated. Nevertheless, I give the dome shaped crust a good old sniff before putting it in the oven  and the pastry smells magnificent, clearly composed of light, sweet, buttery texture that I can’t wait to get my hands on.

Leigh and Wigan are around eight miles apart, but if Wigan is home of the meat and potato pie, Leigh it seems is the home of the pepper pie.

And Taylors have made traditional meat and potato pies and pepper pies the same way since 1938.

The concept behind the pepper pie is that meat and potato pies were often filled with cheap meat, so they required a bit of extra seasoning to take away the taste, or enhance it if you prefer.

These days of course, we all like a bit of spice in our food regardless so whereas the mince meat is of great quality, a bit of extra pepper is an added delight to warm you up on a cold spring day.

I remove the pie from the oven, and gently ease it out of the foil tray, with the casing still fully intact. The crust hem is remarkably sturdy but the top crust is delicate and has a fine aroma coming off it. Inside, there is a good inch so layer of potato mash, interspersed with mince meat. 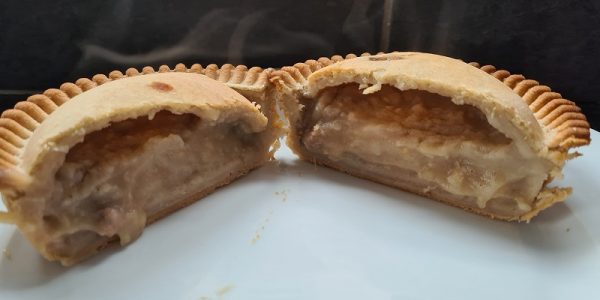 There is a bit of airspace at the top, but as I am eating the pie the way that nature intended (i.e. by hand), the crust is holding it’s shape well and absorbing the filling with each mouthful. If any of the juicy, light coloured gravy looks like going rogue, I simply suck it up before it escapes on to the plate / floor / fingers.

I’m getting good hints of salt and pepper in there, adding a pleasant layer of extra flavour in there but not so much that it is too overpowering. The mince is tender and the potato is soft and golden, and the pie is piping hot throughout, after twenty minutes in the oven.

This is a substantially sized pie which does enough to fill me up and takes a while to get through even though I’m loving it. The pepper content seems to ratchet up even further as I finish off the last few pieces! 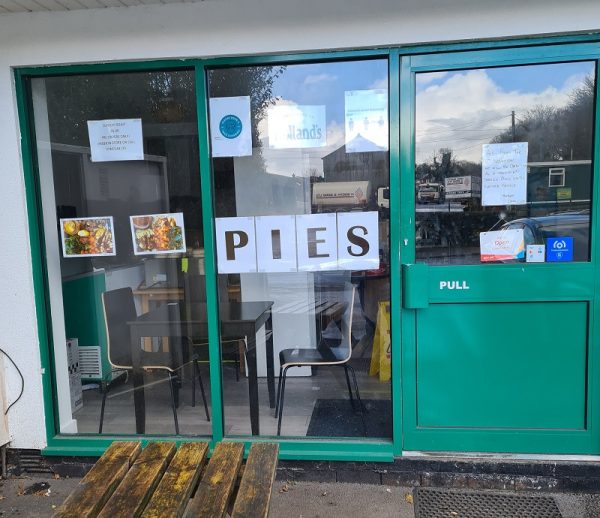 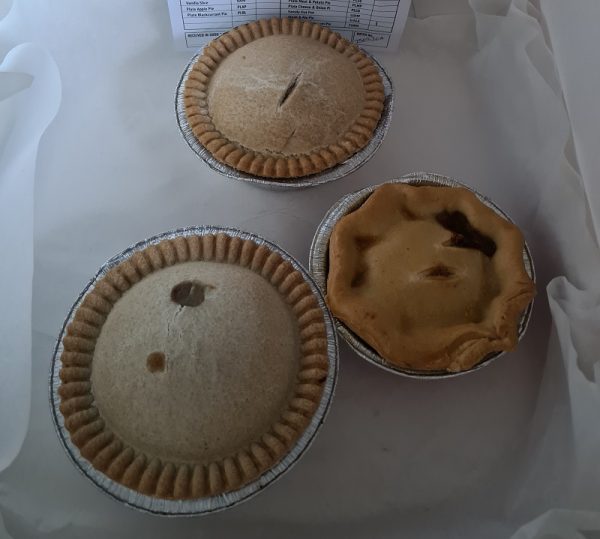 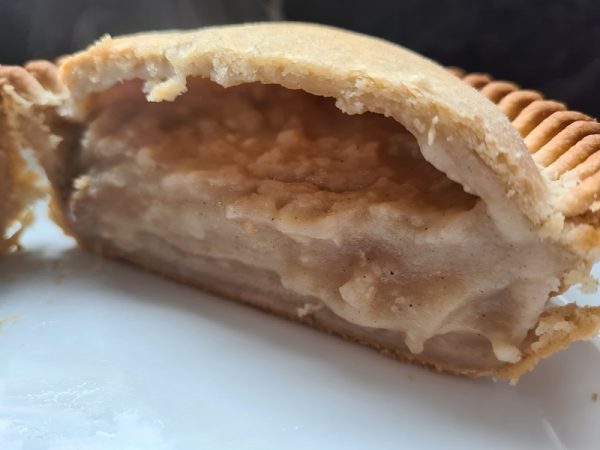