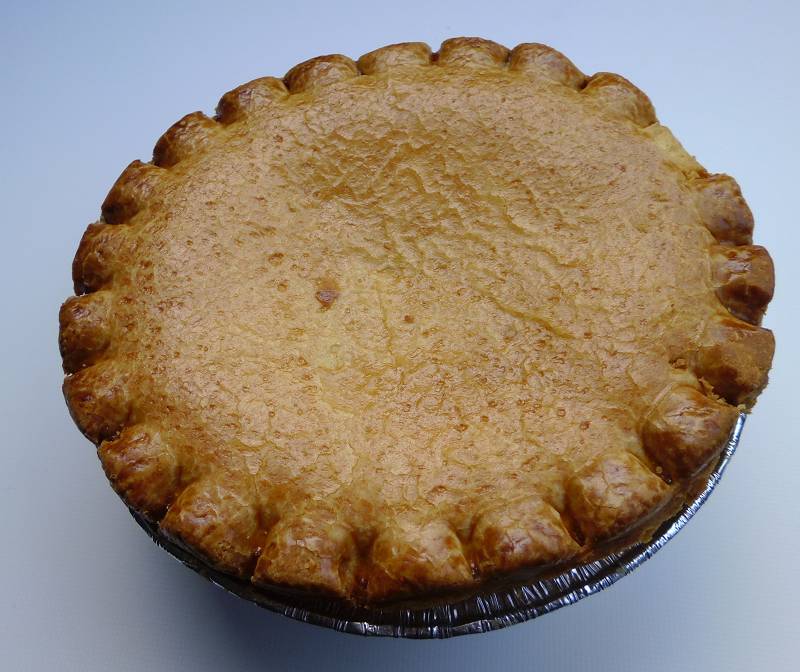 It is British Pie Week, and it feels a little subdued, with a nation still in lockdown. There are still lots of pie suppliers out there offering a delivery service though, and often a discount should have fancy getting your gums around some golden pastry.

For now, let me take you back to chapter three of Life of Pies, with a rare excursion to the most northern bit of Stoke-On-Trent, and it doesn’t take long for this correspondent to get confused once he departs from his North West homelands…..

Got to keep up the batting average: now, where can I reasonably get to within my lunch hour without anyone noticing I’ve disappeared? I often do 12 hours days so if I take longer than an hour it’s not a huge deal but then there’s the side effects. Having a pastry heavy pie for lunch often lays a bit heavy on the stomach; I may as well have six pints I’ll be that lethargic. Like the IT developers who go to our canteen and polish off a full curry and apple custard and crumble for dessert. If I did that I’d be have my head on my desk all afternoon.

I’ve no idea how we managed before the internet. Yellow Pages I suppose. A couple of mates of mine used to go on pub crawls in towns and villages armed only with Yellow Pages, not knowing whether they’d get a warm welcome or stabbed upon entering each establishment. A great idea indeed, possibly even more fun than gallivanting around the country eating pies, but I won’t be going down that route. Some pubs are great, some pubs are lousy but pubs like pies deserve love. I do need to try and push it a bit given the missus hasn’t yet OK’d it for me to bugger off to Scotland for the weekend.

I decide on a bakery who are based in Crewe and serve the Potteries. I identify a place called Biddulph and it’s just the other side of Congleton, which I know is just a few miles away from work: 25 minutes each way, ten minutes to scoff a pie. Piece of piss. Plus I can probably cut a few minutes off that with a spot of demon driving down country lanes. It’s on Biddulph High Street, I’ve never heard of the place so it can only be a little village and will be a doddle to find once I get there.

Needlessly to say my naivety quickly finds me reversing down country lanes. I’ve got two sat Navs on my phone but they are both shit. Sheer panic sets in once or twice as I get hopelessly lost in places of Cheshire which I didn’t know existed. When I do find myself on the right track, I get stuck behind all manner of tractors, salt gritters and gun toting Farmer Palmers in Land Rovers, not to mention four Police motorbikes flying past, just as I am studiously waving the map about on my phone, in front of my seriously agitated little face.

Forty minutes and I’m still nowhere near and I consider that this might have to be an abortive mission but at that point the roads veers upwards to a viewpoint giving me a scintillating view of the whole of Staffordshire. I still haven’t a clue where I am but it’s a real Planet of the Apes moment.

Biddulph is massive and upon parking up in Sainsburys, I discover the High Street is at least half a mile long. Now to ascertain which way to walk: I’m looking for the big orange sign of Wrights but nothing jumps out at me. I then see a lad walking down the street with a couple of brown wrappers with writing on them: he’s been getting the pies in, GOOD LAD!! I trail his recent path. It’s only as I get closer that the truth is revealed by virtue of a large POVEYS OATCAKES sign above the window. I’m in Stoke country and I’ve just been had!

Some other time perhaps. I head back the other way past a Wetherspoons, with a few likely lads hanging about outside and it crosses my mind to ask them. I don’t and it’s just as well as I can’t tell a word they’re saying, as one shouts his head off to the other in that daft Potteries brogue.

I still can’t smell pies but keep walking, just as I look close to getting to the other end of the High Street, I find it. Except it’s not: it’s another pie shop, called bizarrely New Cooks. This is an interesting development and I’m torn. What now, do I go to both? Have I got time to do both? Pie shops like gift horses should not be looked in the mouth, their products should be placed in the mouth.

Maybe I just go to New Cooks, as it’s less of a chain than Wrights with their fifteen shops across Stoke and more likely to produce a better, more independent pie? Is it fair to represent two bakers from such a confined area only for me to potentially miss out a large city completely later down the line like Bristol or Portsmouth if I can’t find anywhere to procure a decent pie from? These early moral dilemmas will shape my mission and my instinct tells me to stick to Plan A, in order to fully absorb myself in the Wrights Pie experience and make a note of the other one in my pie master spreadsheet as one for the future. Time is on my side.

I eventually find Wrights another hundred or so yards down the street, right at the far end. Pie procured, tempted though I am by the offer of Staffordshire lobbies (hot pot) with peas and gravy and on my way. The pie is raging hot, if Art Garfunkel walked in here he’d probably sing “Wrights Pies, burning like fire”

Sorry. By this point I need a wee and pop in the bogs by Sainsburys, a very sleek cylindrical affair. As if I didn’t have enough of a phobia already with public conveniences, there’s grunting coming from one of the cubicles and a bloke with a flat cap comes and has a wee next to me, immediately initiating conversation about the weather. I need to get out of here!!

OVERALL: 52/70 An above average size pie, with a crust which had a lovely feel to it, but wasted no time introducing me to Mr Heartburn. A delightful, powerful aroma came off it which veritably stunk my car out. A fine mix of fresh, almost green potato and generous meat content, which retained its heat superbly. Slight amount of airspace at the top giving it an aircraft hangar type effect but overall a valiant effort.

The original review took place on Monday 23rd January 2012. It transpires that the shop is still there but has been sold to Woods Catering. I took the liberty of ringing the shop and they do still sell meat and potato pies and use a combinaton of Wrights Pies and their own.

I have also sampled Wrights Pies at the DW Stadium, as they were official pie supplier for a while and the chicken Balti pie is indeed a cracker, albeit it was priced at considerably more than £1.30 in a football ground!

Click here to add a pie review of your own: https://goodpieguide.co.uk/add-pie/