The Return of Dawson’s Crust

No, not Dawson’s Creek! Crust!! Anyway, it seems that after a few years’ closure, the legendary Dawson’s Bakery from the Leigh / Tyldesley / Atherton side of the Wigan Borough of Greater Manchester (written as such because both Wigan and Manchester will want to claim these pies as their own) has now re-opened.

Look, let’s cut to the chase here. Dawsons just make brilliant, traditional pies. They were one of the first pies I had to really blow me away. Their wares encapsulated everything I was looking for. A quest to capture the pies of my childhood, which you used to be able to smell wafting out from every corner bakery when I was a nipper in Wigan.

The peppery kick and free flowing juices in both the meat and meat and potato may take some adjusting to if you’re unfamiliar. A spicy, messy, fiery affair with the meat pie in particular, likely to result in hot molten jelly spitting out over you, the second you tip the pie up to put it into your mouth.

For now, I just wanted to share the first picture above. I used to take pics with a proper digital camera (well, a proper cheap one) before phones got mega-pixelled. I got gradually better as the quest rolled on. But this picture, well if it’s not a full on work of art, it is certainly highly visually appealing on the eye *proud face* 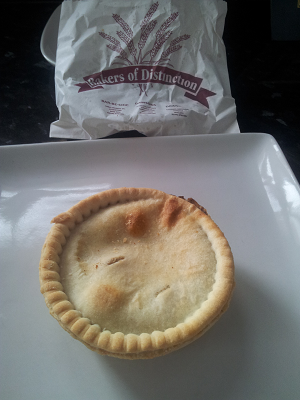 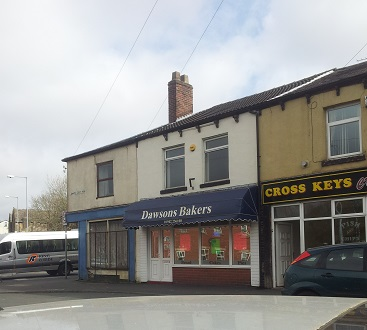 You can find hundreds of pies like this in Life of Pies, a 380 page book in search of the nation’s best pie. Click here: https://www.lifeofpies.co.uk/buy/shop/ to buy for just £4.99 plus P&P. 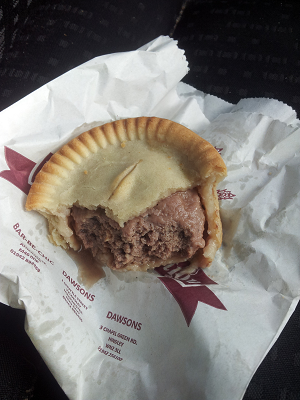